Samsung has announced the closure of Samsung Video and Media hub – its own on-demand video service that is (well, was) for the company’s smart TVs and mobile devices. 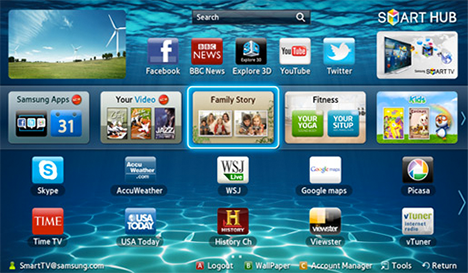 The good news for people who have bought films on the service is that rather than just cut you off, Samsung has announced plans to let you transfer them to a service called M-Go, which is run by Dreamworks (and is “Samsung’s new video partner”, apparently). If you migrate your account online, everything you’ve bought to keep will transfer across – though if you’re only a renter then you’re out of luck. To sweeten the deal, migrating users will apparently get an M-Go “introductory offer” valued at $13.

With the virtual doors closing for the last time on August 1st, it seems that Samsung’s attempt to become a player in on-demand video was ultimately doomed. Presumably the service never reached the critical mass of users it required in order to make running such a service viable – which is perhaps unsurprising when you consider how few devices it could run on compared to the likes of Netflix and Amazon Instant Video.

In fact, we’d dare speculate that given this is the company disposing of the awkward paid-for components of the company’s Smart TV proposition, perhaps it could be moving towards phasing out Samsung’s own Smart TV operating system and instead adopting Google’s Android TV? The two companies already have a good relationship thanks to Samsung being the king of Android phones, and it is fairly obvious that the Android TV platform will inevitably end up a more viable platform, with more apps available, because it will be available on a wider range of devices.

So don’t be surprised if we see Samsung announce devices that run Android TV Soon.