Hot of the press from uber-leaker Evleaks, here’s what could be our first glimpse of a “Google Play” edition of the Galaxy S5 – in other words, the same phone, with the same hardware – but running a straight version of Google’s Android’s operating system, rather than be covered in Samsung stuff.

The reason Google Play Editions are popular variations is because of their unaltered nature, it means they can receive the latest updates to Android without the delay of waiting for Samsung (or whoever manufactures it) to customise it with their own software, and push it out. 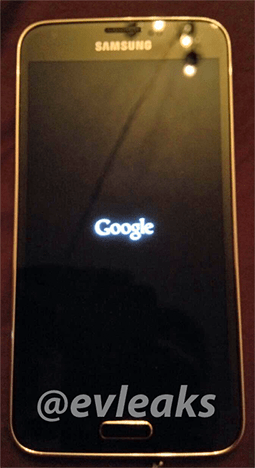 So if it is real (and it does appear so), expect it to act like a Galaxy S5 on the outside and a Nexus 5 on the inside.

And best of all we can add this to the long list of S5 variation rumours, alongside the S5 Mini (smaller) and S5 Prime (more metal and expensive). We’ll let you know if the rumours get confirmed.