If you’re looking for a drone (let’s face it – who doesn’t need one?) and can’t afford the likes of the ultra-high-end DJI Phantom 2 Vision, then good news as Parrot have announced two new drones that you can control with your smartphone. 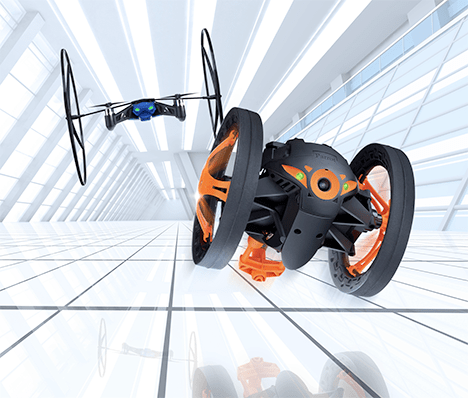 The Parrot Minidrone connects to your phone via Bluetooth and uses its numerous sensors to keep the quadcopter upright and stable – making it relatively straightforward to fly. The design is apparently ultra-compact and lightweight, and the press release implies that it would be fine for indoor use… though you’d have to be far braver than me to try it out. 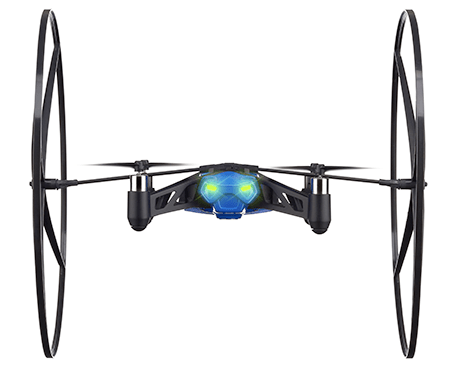 Perhaps most intriguingly you can attach two wheels to the device – and the drone will apparently crawl up walls and even drive across the ceiling – before falling back into flying. Sounds bizarre.

Meanwhile the Parrot Jumping Sumo takes a marginally more down to earth approach. Described as “half parrot, half robot”, it is in fact perhaps most analogous to a radio controlled car. Again controlled with your phone but this time using wifi, it has two large wheels and can, at the press of a button, jump up (apparently up to 80cm), allowing it to climb surfaces. 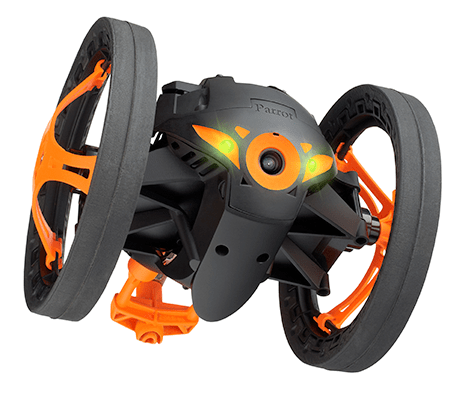 Excellently, both devices have a built in camera, and will stream back footage to your screen live – so you can drive it around remotely – as you can see in this promotional video:

We’ve no word on pricing yet, but both will apparently be available this year. We’ll try to review them at some point too.