The newest trailer for Grand Theft Auto V has been revealed, with Rockstar letting has have a good long look at the gameplay for the very first time. One of the most hotly-anticipated titles of the year, the game looks as if it will include a lot of very interesting and game changing mechanics. We pick out the 10 things that have us most excited to be heading back to Los Santos!

GTA 5 will let you take control of three characters during the game, letting you use each of their skills and specialties to complete a mission. There’s retired bank robber Michael, street-savvy Franklin and unstable redneck Trevor. Also, not only do you have a chance to utilise the main character’s abilities, but you can also draft in help from mercenaries or hired guns, not unlike the gang mechanic in GTA: San Andreas. Some of the expertise offered by mercenaries previewed in the gameplay video include hacking, crackshot shooting and stunt driving. 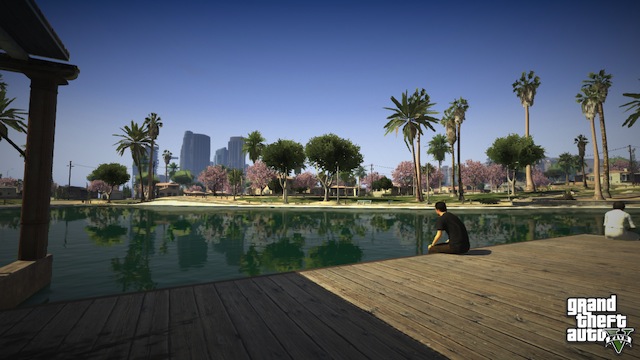 Rockstar are not only focusing on the city and what is available to do in the Big Smoke, but also the countryside and what you can do there. With the whole gameworld open from the start, you can go anywhere in Los Santos before ever having completed any of the game’s thirty main missions. This gives the free-roam (everyone’s favourite part) more…freedom. The areas have also been littered with animals that you can hunt or animals that can hunt you, much like in Rockstar’s western epic Red Dead Redemption. That’s before even considering tens of other activities including fishing and ATV racing.

GTA V will bring back underwater swimming to the GTA series, with trailer giving us a glimpse of the underwater diving that also appears set to be included in a lot of newer games this year(Arma 3 and Assassin’s Creed IV: Black Flag). The water looks really well done in, with dynamic wave formation moving water depending on what goes through it, i.e. a speed boat. Also, the scuba gear will be available for use on quite a few boats, meaning that diving isn’t restricted to those who play the missions. 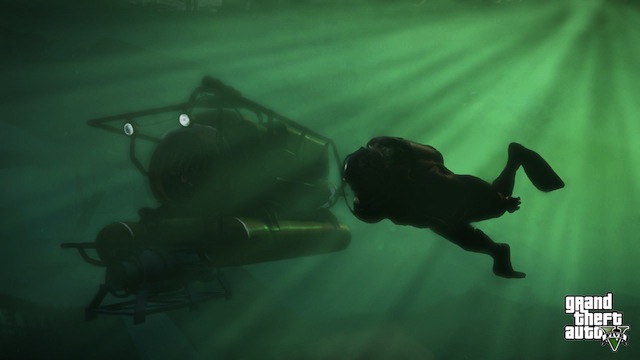 The game looks set to take the series’s multiplayer to a whole new level, with an almost MMO level of players being shown in the gameplay trailer. It seems from the trailer that the online orld will be persistent, with areas of the map split between different activities. For instance, races will take place in one part of the city while heists take place in another area, allowing free movement between game modes. It should make the whole environment feel more real and populated than in GTA IV where multiplayer usually consisted of 12 people spread around a giant area, secluded from gamers in other game modes. GTA V is looking to make multiplayer a far more inclusive and mayhem filled experience.

5 – Games within the game

Beyond the main story campaign, GTA V looks set to be packed full of mini-games. Those revealed so far include base jumping, tennis, golf, hunting and cycling. Each is a full games within itself, with the golf mini-game for instance featuring a wind metre, different clubs, a range of holes and the ability to add spin to the ball. It all feels a bit PGA tour-ish, jammed into a gangster flick. The scope is incredible. 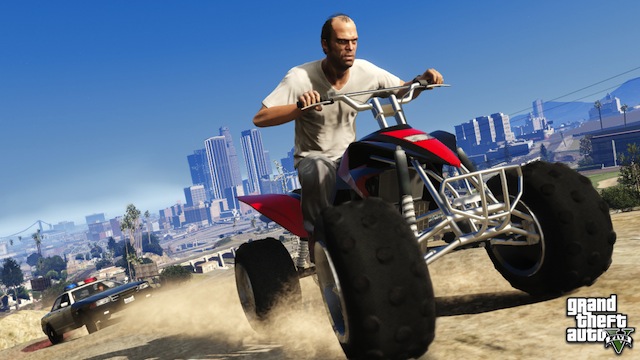 As we all know, the Grand Theft Auto series is as well known for its humour as it is for its outlandish game play. From visual gags to an incredible script and voice acting, it’s side-splitting stuff. And then there’s the in-car radio! Anyone who listened to the radio on previous GTA games will know just how great it is and we’re hoping for the return of some of those great radio dialogues, monologues and song choices.

The game includes a few side missions as within most GTA games, and it looks like some real thought has gone into those found in the latest title. For instance, the trailer shows off bounty hunting as one of the side missions to make money. Hopefully all the optional side missions will be just as interesting as this Dog The Bounty Hunter-inspired extra. 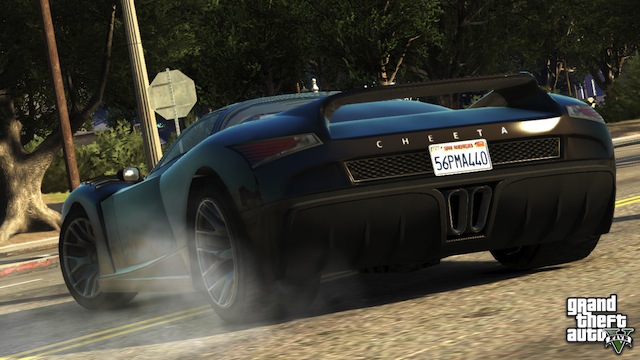 The trailer also shows us the huge amount of customisation available to your characters and their vehicles. We are shown the new way of trying on clothes at stores and buying them, which seems much faster and stream lined than in GTA IV or San Andreas where you had to wait quite a while for your character to try clothes on. There has also been customisation added for cars, where you can tweak your paint job, rims and body parts, giving players a chance to really put their own stamp on a motor.

Planes were removed from GTA IV but now they’re back, and better than ever. One of the first gameplay shots from the trailer includes flying a plane. This brings the possibility of stunt planes and the challenges that they bring. Maybe a side mission or trophy involving some awesome plane stunts? I hope so. 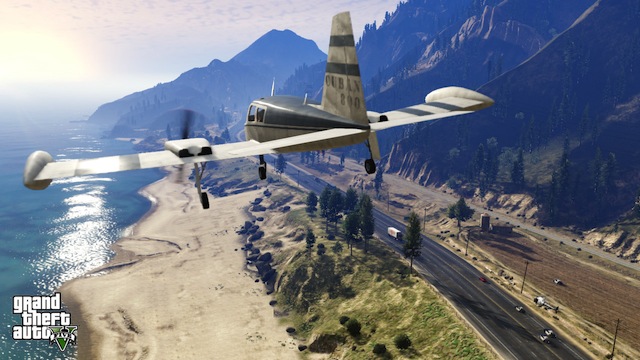 The gunplay in GTA games has always been hit and miss, where you had to scroll through a whole library of weapons to get what you wanted to use and sometimes the aim would be a little off, causing you to kill yourself with an RPG that just wouldn’t go over the wall. That’s before you start talking about the tank-like cover system of GTA IV. But now the game includes a gun wheel, not very different from the one in Red Dead Redemption, which made it much easier to change to your favoured weapon, and the improvements made to the cover system in that very same western shooter, we’re pretty excited to get popping those caps.

The Grand Theft Auto V release date on PS3 and Xbox 360 is set for September 17, 2013. We’ll have more in the run up to the game’s release, so keep checking back to Tech Digest for more news on Rockstar’s latest.