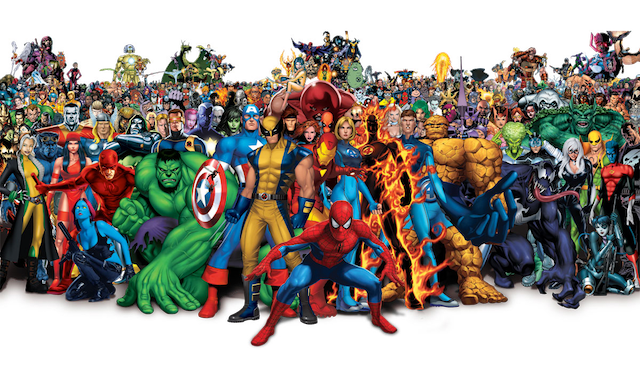 Short of a little superhero reading material? Then you’ll be pleased to hear that Marvel Comics have teaming up with Comixology to offer 700 (yep, 700!) free digital comics to true believers!

The “#1” promotion is available through the Comixology iPhone, iPad and Android applications, as well as the Comixology website, and includes the very first issues of classic series such as Spider-Man, Captain America and the Fantastic Four, as well as cuts from the recent Marvel Now series.

Announced a tie-in with the South by Southwest festival in Austin Texas, you’ll have to act fast if you want to grab the stories you want gratis – the promotion ends alongside the festival, wrapping up at 4am GMT on March 13. With large numbers of users seemingly hammering the promotion, the Comixology website is buckling under the strain, so it’s probably best to try to grab titles through the mobile applications if possible.

As well as the “#1” promotion, Marvel will also be using SXSW to show off their recently unveiled Marvel Unlimited service. An all-you-can-eat comics subscription service, it gives readers access to 13,000 comics for $9.99 a month, or $59.98 a year. Brand new titles are held back from Marvel Unlimited for a 6 month period, but plenty of complete story arcs and major crossovers from across the Marvel ages are all up to be read in a single sitting right now.