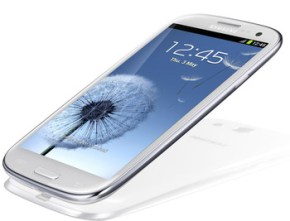 So you are in
the market for a new phone. That old iPhone/Nokia/Samsung has served you well
but it is time to move on to bigger and better things?

There are of course a
huge number of handsets on sale now ranging from the latest iPhone through to
the Windows powered Nokia Lumix range, but the phone that stands apart from the
rest is the Samsung Galaxy S3.

But don’t just take our word for it. The phone has already won numerous awards from a variety of publications including phone of the year at the T3 Awards. Here then are
five reasons why you should take a look at the S3.

One of the smartest things about the S3 is that it takes Gestures – which have been
available on a number of phones now to another level. Gestures enable you to control your phone simply by moving it.

So for example if you want to make a call to a person whose number is on the
screen you can do this by moving the phone to you face.

The phone automatically
rings them. There are other very useful Gestures too such as shaking to update
the information on the screen or tilting the phone to zoom in on an image on
the screen. A word of warning though. Most of the Gestures have to be activated
before they will work so take a look at your settings when you get the phone
and tick the motion activation box.

The Samsung Galaxy S3 boasts a real state of the art screen. For starters it is one of the biggest screens available. The HD Super AMOLED screen comes in at 4.8 inches,
which is a,lot bigger than its rival handsets.

So why would you want a bigger
screen? Well websites, books and images look so much bigger (and better) and
personally I think if you have used a phone with a big screen you won’t go
back.

Secondly the screen has a maximum resolution of 720 x 1280. which is as bright and as
detailed as almost all its rivals. It really looks crisp and clear.

If you are worried that the apps you have on your current smartphone won’t be available on the S3 think again. Almost all the new-ish apps developed for other major
platforms work on the S3 and there is a growing number that are unique to the
platform.

The S3 uses the Android operating system – which is now the most popular smartphone platform in the world – and Google Play store – which as you might imagine is stacked out with games, apps and content. For a list of the ten apps to download first go here.

Battery life was something that Samsung was very keen to improve on with this phone. On the S3 the battery runs significantly longer than the S2. The S2 did have one of
the longest battery running times of any smartphone and now the S3 has trumped
that.

Samsung has included a quad-core 1.4GHz Exynos processor in the Galaxy S3, and added 1GB RAM. What that means is that the phone is very quick to process what you
request it to do. So it will fire up very swiftly and has no problems shifting
between the apps.

As for storage the handset is available in 16, 32 and 64 GB guises and you can further add to that via its micro SD card slot.

If you haven’t bought a Samsung Galaxy S3 yet try Carphone Warehouse for some great deals.