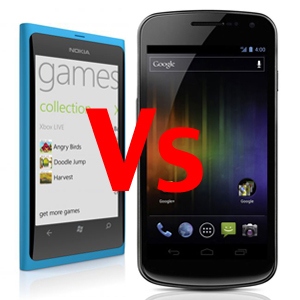 After 14 years at the top of the mobile pile, Nokia have finally been toppled by Samsung to become the new number one phone manufacturer.

Posting superb financial results for the last quarter, Strategy Analytics experts are now stating that Samsung has shipped 93.5 million handsets in the first three months of 2012, more than 10 million more than Nokia.

While Nokia’s 82.7 million handsets-sold total is nothing to be sniffed at, the figures show that the Finnish company are beginning to lose their grip on the European and emerging markets, two sectors where they have traditionally been ferociously dominant.

As a result, Nokia recorded a €1.34 billion operating loss, equal to just over £1 billion or $1.76bn, a stark contrast to Samsung’s successes.

Nokia’s troubles began to show through with the continued rise of the smartphone. While Nokia had the feature-phone market all sewn up, they’ve so far failed to set alight the world in the age of the smartphone. Though making inroads through a partnership with Microsoft and Windows Phone 7, they’ve still yet to find massive success in the market.