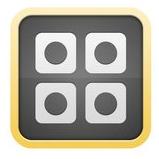 Catching many experts off-gaurd, Twitter have made the suprise purchase of the blogging platform Posterous for an undisclosed fee, announcing the buyout at SXSW.

Formed in 2008 with developers including Sachin Agrwal (ex-Apple Final Cut Pro designer), the platform allowed for simple generation of blogs, and pioneered the cross-post feature that allowed Posterous posts to automatically update on networks like Twitter, Facebook and even rival blog platform WordPress.

Speaking of the purchase, Twitter said Posterous “has built an innovative product that makes sharing across the web and mobile devices simple–a goal we share. Posterous engineers, product managers and others will join our teams working on several key initiatives that will make Twitter even better.”

Posterous Spaces will continue to run unchanged, though for how long remains to be seen: Twitter and Posterous have both stated that they will be making it super-simple for users to transfer their content to other blog platforms, suggesting its days may be numbered.

So what’s the point of the purchase? It seems for Twitter that it’s a quick (and cheaper) way of of grabbing some excellent talent. The Posterous team made a beautifully simple service, and Twitter will be looking to harness the team’s design skills.

This is doubly important as Twitter continues to grow beyond its initial hardcore social networking user base and expands to a more mainstream audience. The world of hashtags, @replies and lists can be a little daunting still to newcomers, and the Posterous team will likely have plenty of ideas on how to simplify things, without rocking the boat for old-school, loyal twitterers.

Lastly, there’s the possibility that Twitter are looking to enter into longer-form content. Twitter have struggled to generate cash, with much of the traffic through the network being links to external sites. With Posterous now onboard, it perhaps suggests that Twitter are looking to create content platforms of their own. If Twitter can keep users locked into platforms they own, with content their own users generate, they open greater opportunities to monetise the brand.

Easily the most interesting purchase of this year’s SXSW, we’ll be keeping a close eye on how this partnership develops.