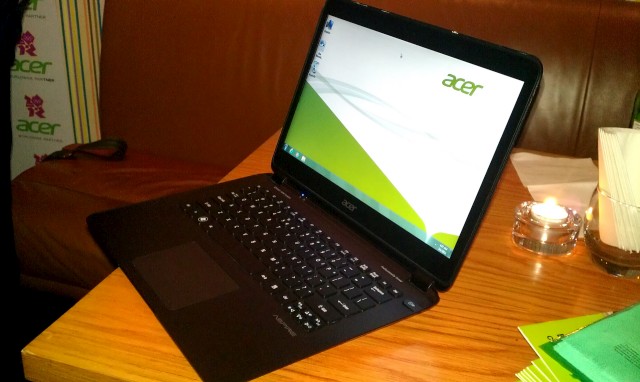 Ultrabooks, the Windows strike team assembling to take on the super-slim threat of Apple’s MacBook Air range, are quickly looking like the must-have purchase in portable Windows computing right now. Powerful, light, and wafer thin, they don’t come much sexier than Acer’s S5, set to launch just before the summer. We had a brief peek at what’s being touted as the world’s thinnest ultrabook at a recent preview event.

When it comes to looks and portability, you cant really fault Acer’s approach to the S5. Just 15mm at its thickest point, it weighs just 1.35 kg (less than 3 lbs.), with a slick magnesium/aluminium alloy chassis finished with a matte, dark look and curved rather than pointed edges. A 13.3-inch (34 cm) LCD also proved bright and colourful with a 1366 x 768 resolution. It has a touch of the “James Bond” feel about it, which is only magnified by the way its I/O panel is hidden. 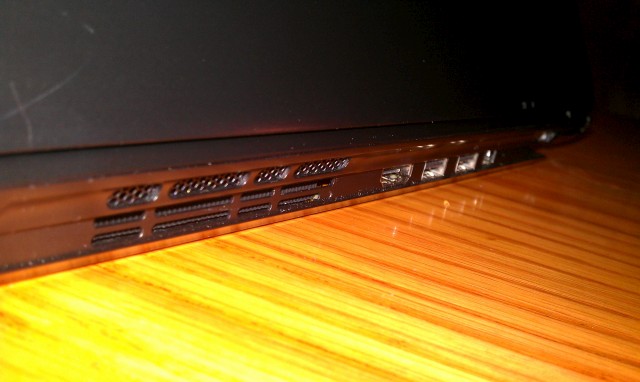 In order to achieve the 15mm thickness, Acer had to come up with a solution with which to fit in all the necessary connection ports. That was solved by the MagicFlip I/O panel. Firing up at launch (although a dedicated button sits to the right at the top of the keyboard) it is a motorised panel that lifts the S5 slightly from your desk, expanding the ultrabook’s wedge in profile to reveal two USB 3.0 ports, a HDMI port and a Thunderbolt socket. It definitely adds some “wow” factor to the device, and works quickly enough as not to be an annoyance.

Of course, it also raises the question of how you would access the ports were the MagicFlip panel to malfunction. It shouldn’t be too much of an issue however, as the panel has been stress-tested to work up to 15,000 times, which should ensure the mechanism is good for 4 years worth of everyday use. Acer also pledge to replace any faulty MagicFlip panels should they go haywire, with a Plymouth-based customer support centre ensuring the quick turn around of replacement devices for UK users. 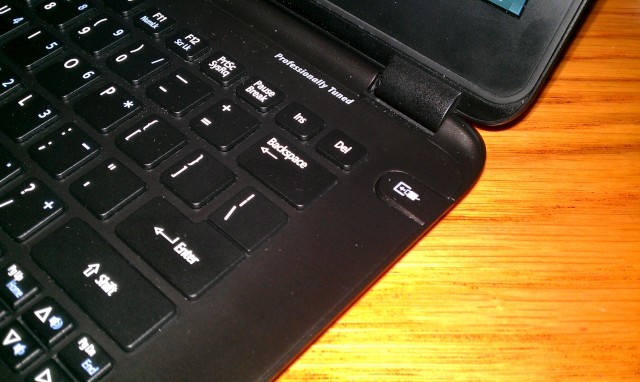 There’s also lots to look forward to inside the machine too. 8GB of RAM is backed by SSD storage, allowing for instant-on fast resuming from sleep mode, getting the S5 back into working order in just 1.5 seconds. There will also be the latest Intel Core processors onboard at launch, which at present would be Sandy Bridge architecture, but could potentially jump to Ivy Bridge should Intel ramp up production in time.

With Acer gearing up to deliver their cloud-storage CloudMobile offering this year too, the S5 will also feature Acer Always Connect technologies, which will let users wake up and remotely access the ultrabook from a smartphone or tablet. Always Connect also means that, even in sleep mode, your social networking feeds and email accounts are always up to date with the latest messages from your contacts.

No word yet on pricing, or a fixed release date beyond Q2 2012, but Acer seem to have all the boxes ticked with the S5. We’re reaching out to get hold of a review unit soon, so check back hopefully for a full in-depth look at Acer’s latest ultrabook in the near future.