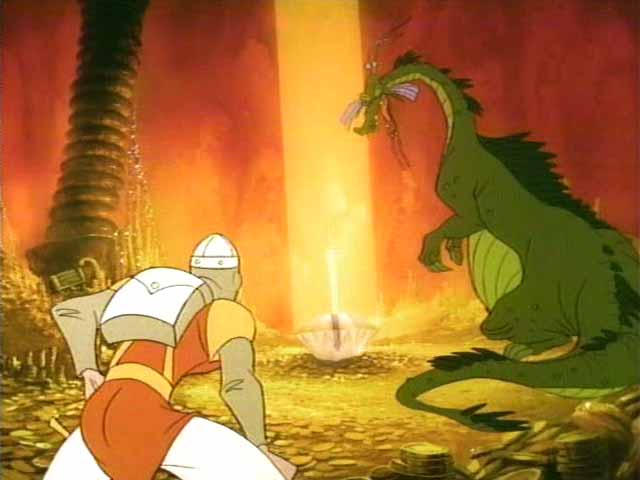 If you’re a reader of a certain age, and one who frequented coin-op arcades in the late 1980s, you’re likely familiar with Dragon’s Lair.

A ground-breaking laserdisc based game, it lured you in with Disney-quality animation from Don Bluth (setting the visual benchmark for quite some years to come, the Crysis of its day if you like), before beating you into submission with its crippling puzzles and twitch-based gameplay. Literally one false step, and your hero Dirk the Daring met a grisly end well before saving fair maiden Princess Daphne from Singe the evil dragon.

But it was so pretty! So we fed the machine all of our pocket money. *Sigh*.

A few decades and innumerable 20p pieces later, Dragon’s Lair is now seemingly headed to the Xbox 360. Outed by a listing on the PEGI website, it’s a bit of a no-brainer, following successful recent ports to the PC, DS and iPhone.

No word yet on release date for what is surely an Xbox Live arcade title, but I most certainly will be campaigning for a free copy considering how much money me and my older brother pumped into those early arcade machine versions.