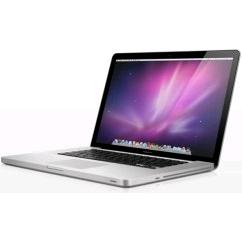 While the industry gets all hot and bothered about next week’s potential iPad 3 launch, Apple may be lining up another significant update for one of their other popular product lines. According to DigiTimes, souped up MacBook Pro laptops could be with us as eary as April.

Indeed, with October 2011’s MacBook Pro update merely an incremental processor speed jump, Pro fans have been looking for a true update for some time now.

However, the April date seems at best like wishful thinking. For starters, DigiTimes state that the Pro update would benefit from Apple’s Mountain Lion OS X update, something Apple wont pin down any sooner than beyond “this summer”.

More importantly, Intel’s Ivy Bridge processors, the next gen chipsets Apple are thought to be holding out for, have experienced manufacturing delays that means we don’t expect them to ship in any significant volume until June. Apple, as with their Intel Thunderbolt partnership, do tend to get first dibs on Intel stuff, so perhaps an early batch is being set aside for the Cupertino team. We doubt this however.

Many expect that the next MacBook Pro overhaul will see major changes made to the build of the machine, with Apple expected to slim it down so dramatically that they may merge the Pro and super-slim Air notebook lines.