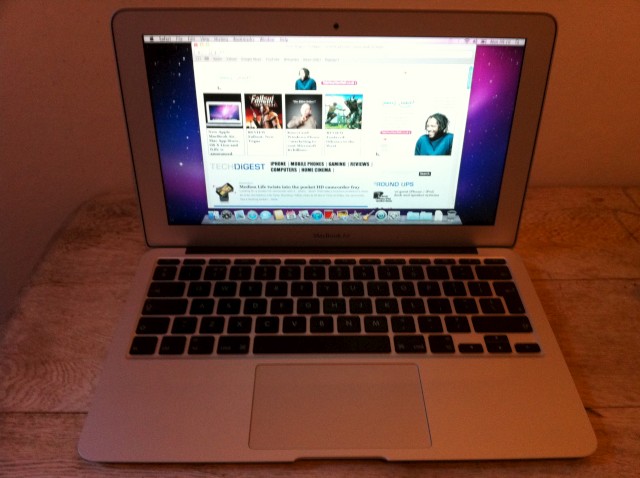 Now that the big iPad launch is out of the way, it’s time to focus on one of the more interesting launches from Apple this year; their rumoured drastic overhaul of the MacBook line.

According to the fine folks over at Electric Pig, the latest MacBook refresh will land sometime next month in April. An anonymous Apple accessory vendor at the CU Exposed event in London yesterday spilled the beans, revealing that they’re already lining up products to go with Apple’s new models, ready to enter into production within 90 days.

However, rather than be a standard spec upgrade of the MacBook Pro (a refresh now fairly overdue), it’ll be a 15 inch MacBook Air according to the source. With the Air only previously available in 11 and 13-inch sizes, it’ll see the two MacBook lines overlap even more. Or potentially, replace the current MacBook Pro 15-inch build altogether.

It also ties in with some rumours that the MacBook Pro and Air lines are to be combined, streamlining Apple’s laptop range. This makes sense when you think again back to the iPad launch; rather than call it the iPad 3, or iPad HD, we’re back to plain old iPad. We wouldn’t be surprised if the “Air” and “Pro” suffixes are dropped altogether.

The way Apple approach their latest line of MacBook’s is particularly pertinent this year. Much of the new iPad launch last week centred around tablets as the device to lead us into the “post-PC” age. They’ll be looking to back that claim up with a drastically revised laptop.

But this also brings with it its own concerns. While we’re all for the svelte lines of the Air range, we also still hope to see the processing grunt and connectivity options of the MacBook Pro left in tact. Is this even possible on a superslim “MacBook Air Pro”?

We don’t know yet. If there’s one criticism regularly levelled at Apple portable computers, it’s that their high price doesn’t match the relatively low specs that the machines tend to ship with. If a slim, light design comes at the further expense of performance, you’ll likely see the MacBook Pro faithful up in arms.