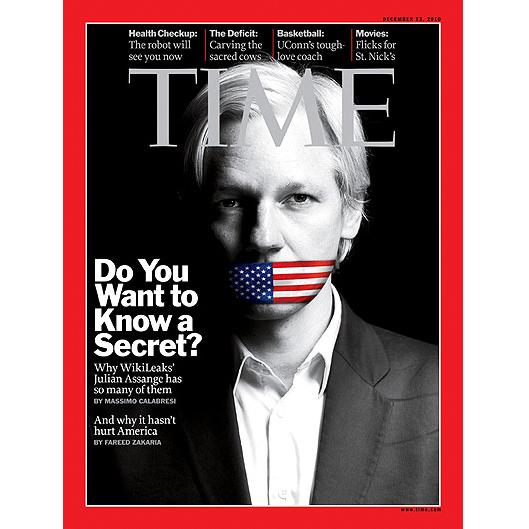 Julian Assange, founder of the political whistleblowing site WikiLeaks, has topped Time magazine’s Person of the Year poll, seeing off the likes of Lady Gaga and even US President Barack Obama himself.

The reader-voted institution saw 382,020 out of the total 1,249,425 votes go to Assange, enough to see him comfortably top the list at the same time as he is due to appear in court on allegations of sexual offences.

However, the final say ultimately lies in the hands of the Time’s editors, who following the controversy surrounding Assange’s work and recent arrest may yet drop him from the list. Time magazine has been careful not to include controversial figures since facing a backlash to presenting the award to Iranian leader Ayatollah Khomeini in 1979.

The official announcement will come on Wednesday night, following a live reveal on US TV station NBC.