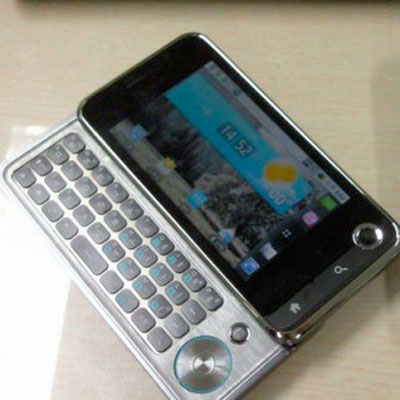 LG have officially unveiled their LU2300 Android 2.1 phone. After appearing in some spy-shots last week, LG have used the same images on their UK blog to officially launch the handset.

Featuring a 3.5 capacitive touchscreen and a 4 line QWERTY slider, the Android phone will be running off a zippy 1GHz Snapdragon processor.

As well as sporting a 5 megapixel camera with geo-tagging, there will also be built in Wi-Fi, a DMB tuner and DivX video support.

In a somewhat cryptic note on the blog, LG state that “word on the street also says that it has a commitment to Augmented Reality, with built in AR apps as standard”.

Looking very promising indeed then. We’ll have any new details as soon as they come in, but for now you’ll have to wait for any pricing or availability info.