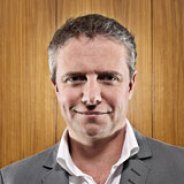 Big news from British mobile manufacturer INQ. The company is to produce its first Android phone while at the same time taking the brand/mobile Stateside. According to INQ CEO Frank Meehan the phone will be launched in the States next year and aimed at ‘the $79-99-199 on two-year-contract range.’ It will also debut in the UK market next year too on the 3 mobile network.

Meehan said that even though the phone will run the Google OS it will also keep INQ’s key social networking stamp (INQ phones have majored on their compatibility with Facebook and Twitter). He added that even core Android applications, such as the phone book, would be changed to accommodate the INQ approach.

‘You just make a new set of APIs available, and you link. We’re working with some developers already in the Android world to enhance it. They can see what the iPhone is, and they would love to be coding for something like that,’ Meehan said.

‘We can beat Nokia and Sony Ericsson and Motorola at this … we’re small, we’re nimble, and we’re fast,’ he added.