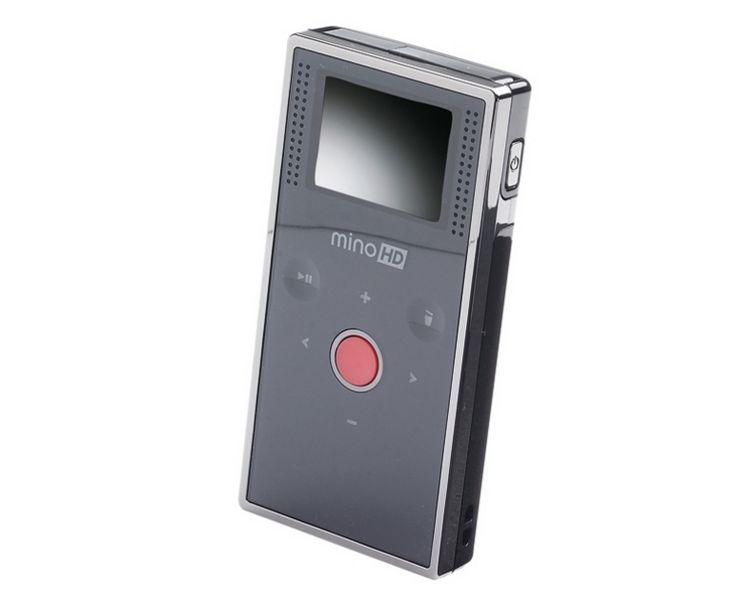 I’ll come clean. For many months I pretty much ignored the tech phenomenon which is the Flip Mino HD (and its rivals the Toshiba Camileo P30 and Creative Vado HD too.) After all I was safe in the knowledge that if I wanted good quality video then I could always whip out my mobile phone the Nokia N95. If I wanted HD video then there was the Samsung i8910 on the horizon.

But then I actually used the thing, and well I was blown away. The ease of use, the quality of the images, the built-in editing software were more than enough to convince me that I couldn’t live my life without one

However I’d be lying if I said that me and the Flip Mino HD didn’t still have issues. So here’s my shopping list of five things that I want from the next generation model

1 An external microphone socket. It is heartbreaking to have a camera that captures such good video quality, yet sports only a rather primitive built in mic. Ok, this isn’t essential for everyone, but the minute you try and do anything creative with the Flip Mino the mic lets it down. Big FAIL.

2 Built in wireless. Wi-Fi would be handy, but imagine if the Flip Mino HD had built in 3G (or EV-Do for the US). What would be amazing would be using the camera to stream live video to sites like Qik, or maybe even YouTube if it ever gets round to offering this.

3 A proper HDMI connection – I still can’t believe that this fantastic HD camera doesn’t have HDMI on its spec sheet. Its rivals like the Creative’s Vado HD do. This is a must for next time guys.

4 A bigger screen – Ok, so I know the iPhone’s video capture facility isn’t much to write home about, but it does mean you can frame and take footage on a whopping big screen – much larger than the Flip Mino HD’s rather paltry 1.5inch LCD. Double the size next time please.

5 A snapshot mode – This really is kindergarten stuff. I really don’t get why you can’t take the odd still image. Surely it can’t be that tricky to fix

Ok, so I know that some of these features were probably not included to ensure the Flip Mino HD’s very competitive price point of just £170 (a bit lower if you look online), but give me that arsenal of facilities on the Flip Mino HD Deluxe and I’ll gladly pay you £200. How about it?

What would you like to see on the next Flip Mino?

and here’s our top ten HD camcorders you can afford