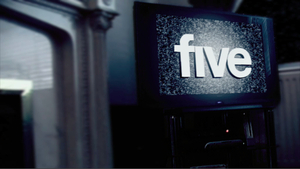 Ofcom has provisionally awarded Five an HD slot, allowing the network to broadcast in HD over the Freeview network when the capacity becomes available.

Five follows in the footsteps of the BBC, ITV and Channel 4, who have already been awarded their licenses. It was believed that Channel 4 was vying for a second licence in order to broadcast their E4 channel in HD.

Ofcom has stated, however, that the agreement with Five relies on them meeting “certain key criteria” by 31st December 2009. They also confirmed that Five’s HD output would only be at peak times.

Freeview HD is expected in 2010, but when you’ll actually be able to get it really depends on where you live. Ofcom say the north-west will be first to receive Freeview HD after its switch-over. Everyone should be able to get the full Freeview HD package by 2012.

One thought on “Five given HD freeview slot”