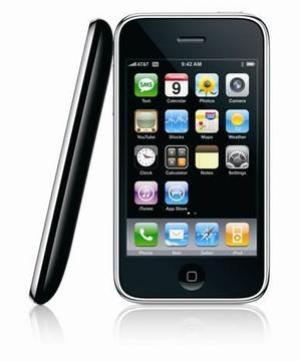 According to the Boy Genius Report, a high ranking anonymous source at AT&T has spilled the beans on the much anticipated new iPhone release. Well, spilled the beans may be a little on the strong side, but we’ve certainly got a few talking points from the information gleaned.

First up, we’re told to expect a full unveiling in June. No surprises there, but always nice to be able to smugly say ‘told you so’ to the handful of people who didn’t care enough to speculate. Then we’re told that the device will be faster and an overall more seamless experience “unmatched by any device”. Again, not too much to write home about here, unless your parents have a Steve Jobs poster on their bedroom wall. If they are, incidentally, be prepared to talk to them more often, because the annual iPhone launch is “becoming a tradition” according to our chatty source.

Okay, so far so mundane but it does get better, honestly. We’re possibly looking at the higher speed HSDPA (7.2Mbps) allowing us to enjoy the internet functions more smoothly than ever before. The Apple 3.0 software should also give us some hints as to where the platform is headed, so keep an eye on that.

Most intriguingly of all though is where the source is quoted as saying that AT&T customers shouldn’t need to choose between the top end phones based on features, but on preferences – and that includes the iPhone. Does this mean the new iPhone will come in several flavours, or simply that if you don’t like it you can pick one of their other great handsets? Too early to say – but if it does mean multiple varieties, are we talking about one with a pull-out keyboard, autofocus camera or any of a number of smartphone delights that have so far avoided Apple’s lovely mobile?

In other iPhone related news, if you’ve been waiting to get your hands on one without needing to join o2, then Play.com may have answered your prayers… in the very loosest definition of the phrase. Although the company are listing both the 8gb and 16gb versions unlocked and sim-free on their website, the former will set you back a whopping £549.99, with the latter a ‘modest’ £50 extra. Both are listed in stock, which considering the sky-high pricing is completely unsurprising. Still if o2 beat you up as a child, or you love Orange to the point of creepy obsession, maybe this news will have brightened your day. Maybe.

(via Boy Genius Report and iGizmo)