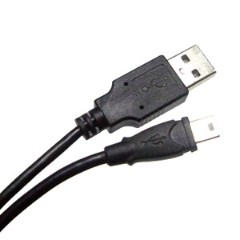 Intel is working with a number of other developers to introduce the next version of the Universal Serial Bus interface technology.

USB 3.0 will offer at least ten times the speed of USB 2.0, by virtue of an additional fibre-optic link alongside the existing wire. This ups speeds from the current 480 megabits per second to 4.8 gigabits per second (or 60GB/s).

This should make the standard a viable connector for use on high-speed, data-intensive devices such as Blu-ray and HD DVD players, flash card readers, and hard drives.

The specification is due to be released in the first half of 2008, with consumer products becoming available a couple of years later.

USB 3.0 ports will be backwards-compatible with USB 2.0.