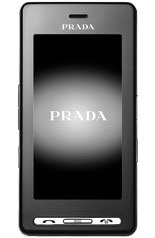 Interesting story over on Shiny Shiny concerning LG’s Prada handset. It’s only just gone on sale in the Uk, but of rumours are to be believed, the phone is set for an upgrade – boosting the specification, but dropping the Prada affiliation.

The new KS20 keeps the style (or rather, the touch screen), but adds in Windows Mobile 6.0, two megapixel camera, Bluetooth and Wi-Fi. Whether this is all true – and indeed if it’s about to appear sooner rather than later, we don’t know.

But it does make you think twice about signing up for the original.