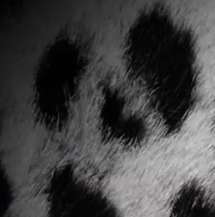 Over the weekend, rumours had surfaced suggesting that Apple’s next version of OS X, code name Leopard, would be delayed until around October. Ironically, part of the reason given for the speculation was that Apple wanted to improve support for users wanting to boot into Windows Vista using Boot Camp.

However, an American Technology Research analyst has said that these concerns were ‘overdone’ and that Mac OS X Leopard will still ship in the spring (which apparently includes June).

“From our analysis, we believe these concerns are overdone and believe that Mac OS X Leopard will ship on time in the ‘Spring’ timeframe, or Apple’s June quarter,” wrote Shaw Wu. “Our sources indicate that Apple’s latest beta build has made noticeable improvements in stability and functionality from previous builds and that Apple is likely one or two upcoming builds away from reaching ‘final candidate’ stage to be released for manufacturing.”

As a Mac fan, all I can say is that if there really are delays purely due to wanting to integrate Vista, then forget about it! Get Leopard out, and improve Vista support in future revisions. Though I have no reliable statistics, and Apple are keen to encourage PC ‘switchers’, many Mac users (myself included) have no interest in booting into Vista at all. We want Leopard!